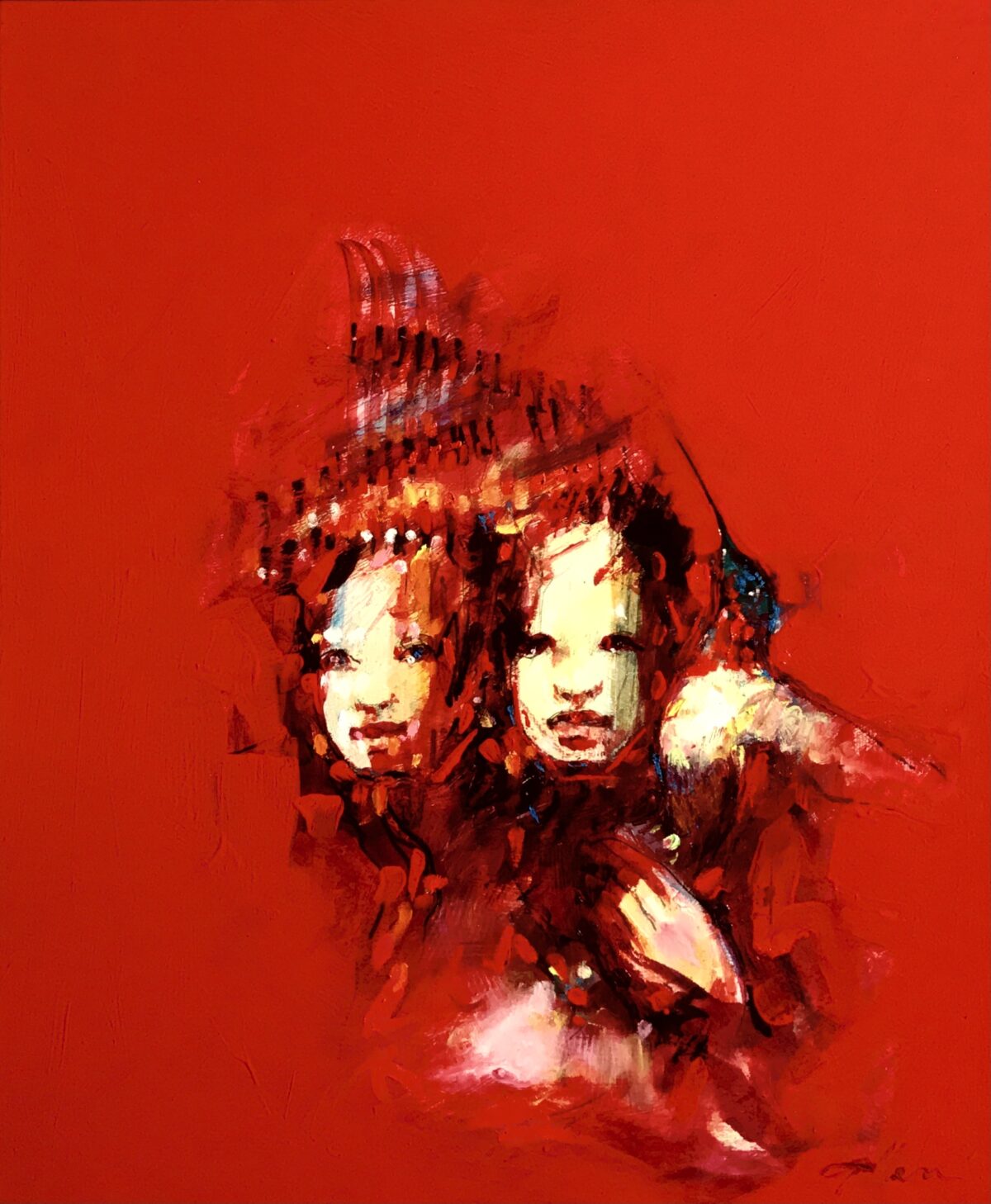 "Woman with Flowers and Hummingbird"-48"x36"-oil on linen.