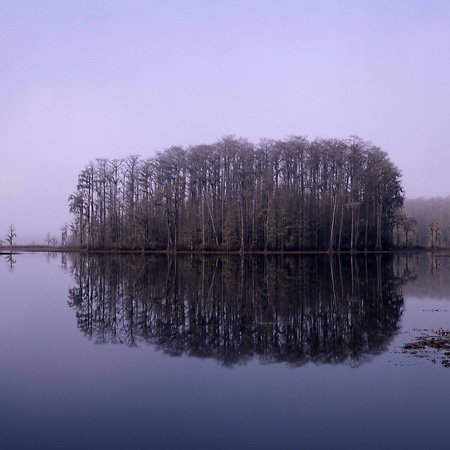 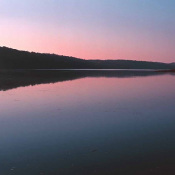 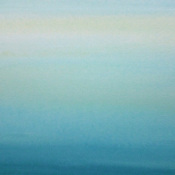 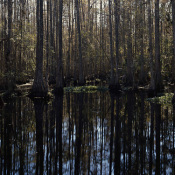 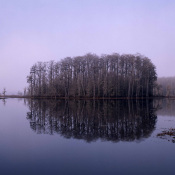 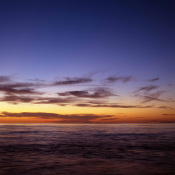 My art career has a diverse and extensive background since receiving my BFA degree during 1974. I am noted for contemporary minimal plein-aire painting, hand-painted black & white and straight color photography holding numerous national and international public, corporate and private collections.

For the last 16 years, I have been working on an on-going national series with a theme on rivers titled, Two Rivers-Two Lands: An American Passage under the belief the Fine Arts can make a difference to young and old alike fostering a Good Earth.

The recent works of Lew Wilson — plein-air paintings as well as photographs, many black and white prints later hand-painted — reflect the return of an artist to the landscape which not only gave birth to his sensibility (born in Pennsylvania in 1948, has lived mostly in Florida, Texas and Colorado) but from which sprang, a century and a half ago, the first idiom in American painting — the Hudson River School. Wilson is in many ways an heir to this movement whose homage to the power of nature was, ironically, the first paean to the civilization then emerging onto the global stage in North America. Art historians generally consider this movement as having been displaced in its own heyday by the seemingly more humanistic and proto-modernist orientations of the Barbizon School and, later, Impressionism. From our perspective, the Hudson River School painters — Thomas Cole, Frederic Church, Albert Bierstadt, et al — set the stage for the environmental poetics of contemporary artists such as Lew Wilson whose principal focus is to reconfigure the balancing act between man and nature of his predecessors into a view of how both human and natural forces coalesce in the imagination, if not always — sadly — in the physical world.

Lew’s epic journey through the preserved wilds of America have taken him across the Florida Everglades and Keys, the deserts of the Southwest, and the Rocky Mountains. His art has reflected, more intensely in the last five years, on curious parallelisms in American life epitomized by rivers. Lew has discovered, and recorded in his photographs and paintings, historical links, through trade and travel, between rivers in Colorado and Florida. The way human settlement has learned from rivers, or chosen to ignore their arduous seasonal lessons in energy and harmony, emerge in Wilson’s works much as nature itself — aided, shaped or buffeted by civilization and commerce — courses its responsorial presence in our proprietary midst.

Throughout his work, Lew Wilson has delved into the power of shadows — not as Jungian shroud but as invitation to calm dwelling in the complementary night of the soul. For all the love of light which painting and photography has naturally extolled, it has been the nocturne within which poets and composers have turned into womb and tent of their imaginations. Wilson picks up this baroque sensibility toward the welcoming dark, heightened by Romanticism and the Hudson River School painters, in his works. Even at their most chromatic intensity, Wilson’s works speak gently from a point of foreboding. It is the central paradox of his work and life, and without such a central paradox, art can only be commentary and self-expression and not an outbreak of the inexhaustible life of the imagination.

Perhaps it has been the stubbornness of nature — whose equally stubborn foil has always been human greed and short-sightedness — what has taught Wilson to endure decades of discipline and often great hardship to pursue the life of the last great Romantic commentator on the quintessential American dialogue between nature and man. His return in 2007 to the Hudson River, where not only American art was born but also American environmentalism, is a fitting pause in his Wilson’s epic journey. For everywhere the artist is an exile, yet everywhere he creates is, by force, his home.

Since his re-encounter with the Hudson River, Wilson has returned to Yosemite and Colorado, and other sites where the majestic American landscape endures. His works celebrate the subtleties, and not just the grandeurs, of these settings, but beyond the artist’s embrace of the natural world there is a constant, powerful if never overbearing message. Awe must generate the steward’s passion and not simply the thrill of aesthetic voyeurism in the natural world. Lew sees his haunting, complex works as calls to the struggle to save our ability to live naturally on this planet. It is an American calling, given our cultural and political history as a nation whose birth as an idea has produced the only nation on earth which bets the farm on individual conscience and rarely loses on the gamble.

Ricardo Pau-Llosa is a poet and art critic.