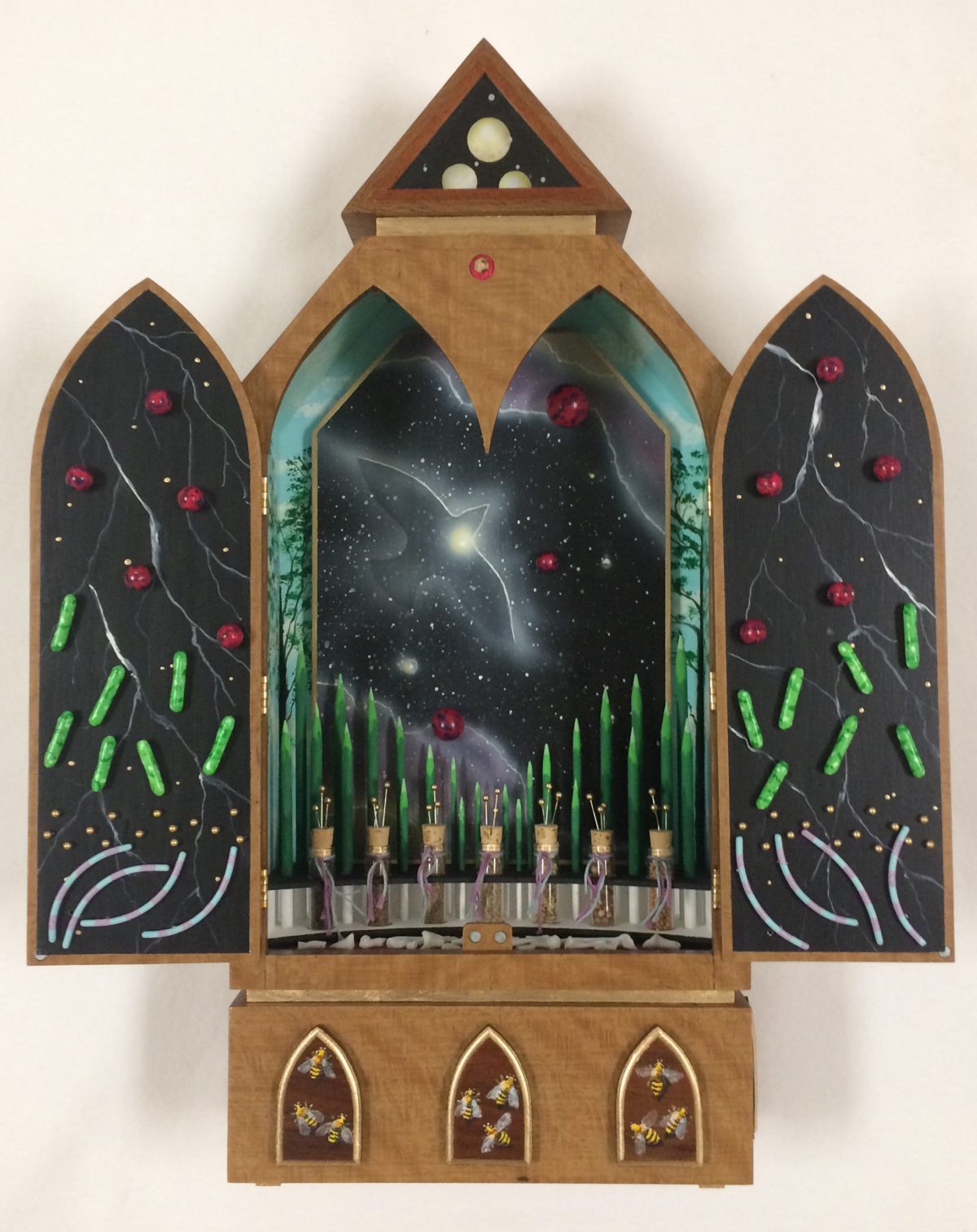 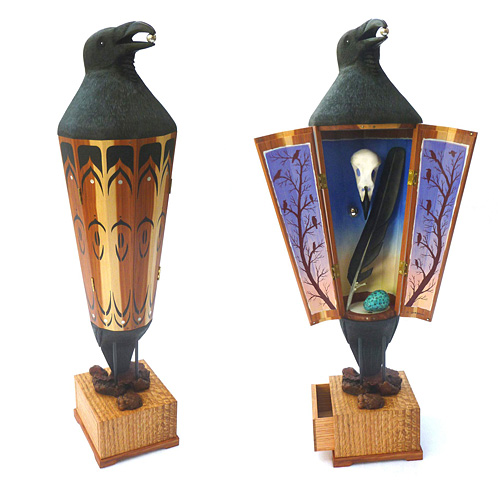 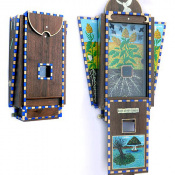 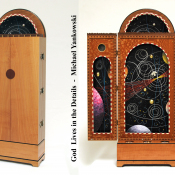 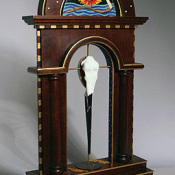 I have studied under masters of a variety of media. This allows for the flexibility to portray imagery in a variety of forms. I incorporate various woods, metal, glass and other materials to construct unique personal visions rooted in religious teachings. The different materials convey meaning via there unique textures, colors, and construction. The small vignettes are meticulously crafted, drawing the viewer into the detail. They are reminiscent of reliquaries of the Medieval and Renaissance periods.