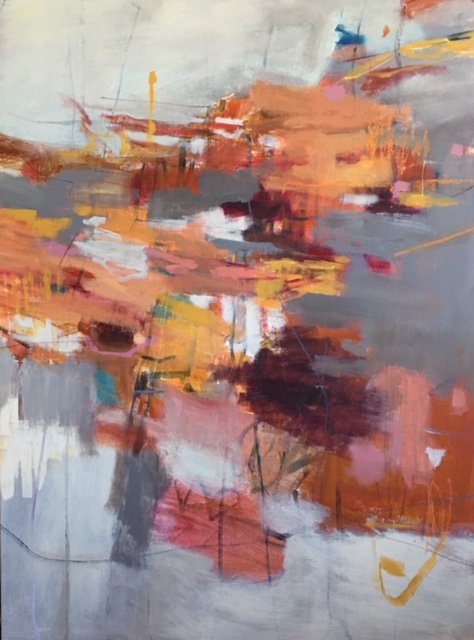 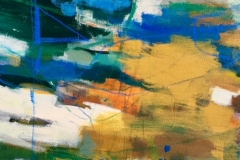 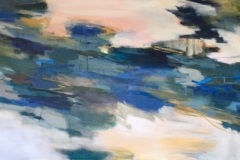 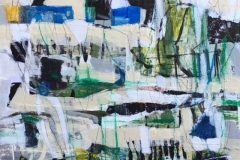 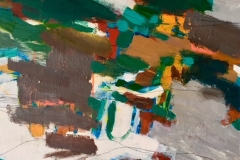 "Evolving" 12x12-mixed media & acrylic on board 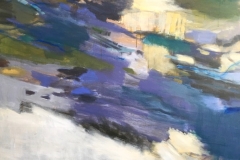 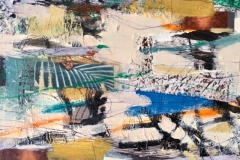 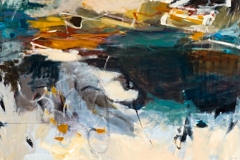 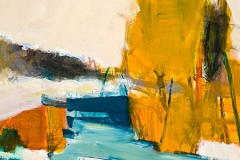 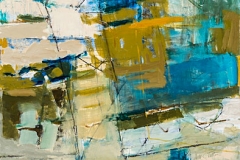 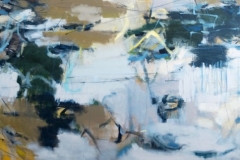 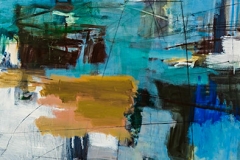 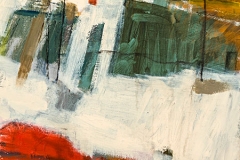 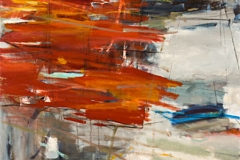 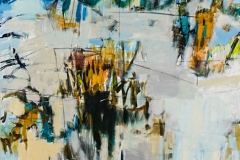 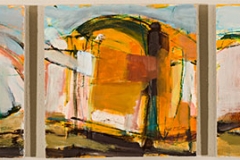 NELL TILTON – CAROL ROBINSON GALLERY – 2018
RHYTHMS: EARTH AND WATER
STATEMENT:
Images surround me in my native city of New Orleans and in Louisiana. Whether relating to water, land or an urban setting, those images often serve as a springboard for my non-pictorial art. I also gather inspiration from the natural beauty of places I have visited and file those in my memory which later provides a stimulation for my work.
I’m intrigued with the rhythm, cadence and flow of both the land and water. Each has its own unique characteristics. With these paintings, my impressions and expressions have emerged and are demonstrated in the concept of abstraction.