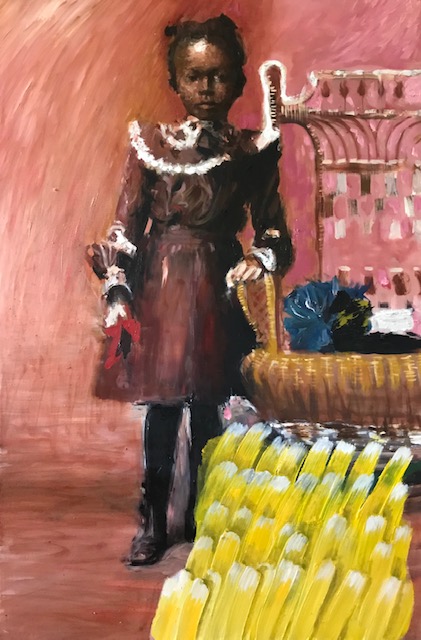 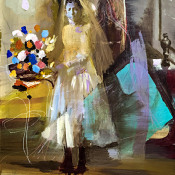 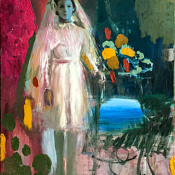 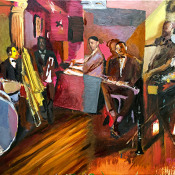 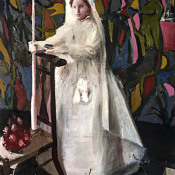 History of Looking is a tribute to the photographs of Norman Studio in my hometown of Natchez, Mississippi. Henry Norman photographed, among many other subjects, children of Natchez throughout the Victorian and Edwardian eras; my own great grandmother, Ethel, was among the sitters.

“I want a History of Looking. For the Photograph is the advent of myself as other: a cunning dissociation of consciousness from identity.” – Roland Barthes, from Camera Lucida

Noah Saterstrom is a painter, raised in Mississippi, and educated at the Glasgow School of Art. In addition to his primary media of painting and drawing, he has written essays, made video works, animations, and text/image collaborations with writers. He has been represented by the Carol Robinson Gallery since 1998.

2013 – In the Laurels, Caught, by Lee Ann Brown, Fence Books
2013 – Brushes with, by Kristina Marie Darling, Blaze Vox Books
2013 – Drawing Water, by Eva Heisler, Noctuary Press
2013 – No Face at All, Love Poems, by Gordon Massman, New York Quarterly Press
2013 – Sin Eater & Other Stories, by Elizabeth Frankie Rollins, Queens Ferry Press
2012 – Half of What They Carried Flew Away, by Andrea Rexilius, Lettermachine Press
2011 – 0.174, by Gordon Massman, New York Quarterly Press
2011 – Not Merely Because of the Unknown That Was Stalking Toward Them, by Jenny Boully, Tarpaulin Sky Press
2010 – Black-Eyed Heifer, by Shelly Taylor, Tarpaulin Sky Press
2001-08 – Essential Numbers, 2001-2008, by Gordon Massman